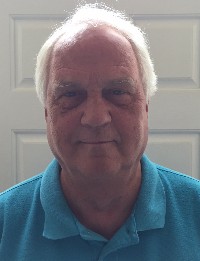 UUFE member Steve Parks wrote this guest commentary which appeared in the July 11 2018 issue of the Star-Democrat.

The plight of children separated from their undocumented immigrant parents along the southwest border is epitomized by a pair of 1-year-olds. A girl, recently reunited with her mother after 85 days in detention, was covered in lice and encrusted dirt. She now clings to her mother’s legs and cries whenever Mama tries to move. The other 1-year-old drank milk from a bottle as an embarrassed judge asked, as required, if the boy understood his immigration status. What’s your mother’s name, son? Mama.

It’s not known where the parents of that child or hundreds of others, many under the age of 5, are being detained after their children were taken from them. It could be in one of four adult detention centers in Maryland, including one in Snow Hill.

“This keeps us safe?” asks Matthew Peters, director of the Chesapeake Multi-Cultural Resource Center on Bay Street, just behind the former Safeway supermarket in Easton. Since the policy announced in April by U.S. Attorney General Jeff Sessions, immigrant clients seeking help from the center rose to four a week on average, up from one a week. Seventy percent live in Talbot County, 20 percent in Caroline, with others scattered about the region.

A plurality is from Guatemala, where Peters, then of the Peace Corps, built a school and applied his forestry skills in creating a park. A 36-year civil war prevented most immigrants from that impoverished Central American nation and those to the south from reaching the U.S.-Mexican border until about 20 years ago. A residential and commercial building boom in Easton starting in 2001 drew immigrants to Talbot where they work not only in construction, but also in restaurants, agriculture, landscaping, crab-picking and house-cleaning. Typically, they send much of their earnings back home. Some spend thousands of dollars to bring relatives here on tourist or seasonal work visas. Now the federal government is cracking down on such visas for immigrants south of the border, which makes it harder to find workers for these jobs. Canadians, who don’t even need a visa to enter the U.S., are not subjected to the same scrutiny.

The brother of an immigrant living in Easton returned time and again on work visas. But this spring he was detained at the border, accompanied by his 8-year-old son. The boy has been detained separately for more than a month at a Bethany Christian Services facility charging the government $700 per diem per child. (Betsy DeVos, U.S. Education Secretary, reportedly has had financial ties to Bethany.) Peters is handling the case, filing paperwork for the 8-year-old’s release. “But there’s always one more thing,” he says, dragging the process out. “Most of my clients are illiterate.” Misspellings and other errors abound. If the case is “won” and the child is found eligible for release into the custody of a family member—usually not the parent apprehended at the border and deported—there’s the matter of vetting the relative and paying for the child’s transportation.

A Marydel client was told it would cost $3,100 to fly her 10-year-old daughter from a detention center near the border. Peters found a ticket for $375. But there’s the cost of flying someone to accompany the minor and paying for that person’s lodging. “Now they want to charge her for fingerprinting and an inspection of her home,” he says. The tab is now $1,500 and counting.

The brother of another Marydel woman was detained at the border with his 2-year-old son. The brother is being held in Seattle. His sister asked Peters to represent her family. The 2-year-old was put on the phone with Peters and the aunt, who the toddler has never met. “The boy was just wailing the whole time,” Peters says. “All we’re achieving with this policy is hurting these families—people who’ve already gone through all kinds of hell.”

About 200, many of them fathers, are detained in Snow Hill. Will they ever see their kids again?

Absent other factors, such as previous illegal entries, crossing the border without documentation is a misdemeanor.

Steve Parks is a retired journalist who worked for Newsday on Long Island and for the Baltimore Sun and once interned for the Star-Democrat.