UUFE’s Katie Southworth sends you a postcard from Fiji.   And she doesn’t stop there.  Katie answers the Five Big Questions and talks about teaching World Geography (by first going there), parenting as a team, and her Next  Big Thing:  Raising awareness about mental health issues.

UU liFE: Where were you raised, and how?

Katie:  I was raised in Butler, Pennsylvania, a steel town North of Pittsburgh.  I grew up in the house that my father grew up in, a 3 bedroom cape cod in a German neighborhood on the North side of town. Along with my older brother Jack, I was raised by my mother, a 3rd grade teacher, and my father, a social worker at the county welfare office.

We were raised with the Presbyterian Faith and went to the church where my grandmother and great aunt had been going since they were children, My mother was much more religious than my father, being the daughter of 2 pentecostal ministers. She didn’t want us to be raised in the same way she had been though, in a poor family of 10 kids who struggled to get by “with the Lord’s help”.

I was raised to respect my elders, the teacher was always right, and spankings were normal. My mom was a strong figure in that she worked and actually brought home a bigger pay check than my father. She instilled in me women’s equality and the view of marriage and parenthood as a team activity.

I have made my living for 23 years as a middle school teacher.  I’ve taught in both North Carolina and Maryland, and my subject areas have ranged from Language Arts to my current position in World Geography. Being a teacher runs in my family all the way back to my great great grandmother. I guess the teacher bossiness runs strong in our blood!

I would say the most remarkable thing I’ve done is my travel. I lived in England for 1/2 a year and have traveled to Ireland (x2), Wales, Switzerland, France, Belgium, Germany, Denmark, Netherlands, Austria, Iceland, Mexico, Bahamas, Jamaica, Fiji and Australia. My parents instilled a love of travel and appreciation of other cultures and we are trying to do the same with our girls.  🙂 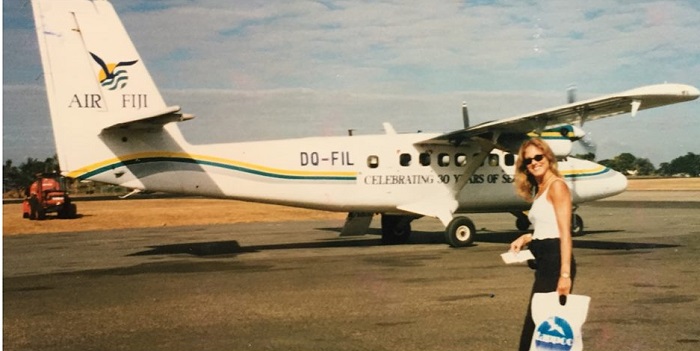 Yikes….the next big thing! As I am entering the official “Mid Life” part of my time here on earth, this question has been at the forefront of my mind lately! Mental Health Awareness seems to be an almost ignored and stigmatized part of our healthcare system here in the United States. As a person with social anxiety, and having 2 family members with ADHD and one with OCD, I feel that more needs to be done to take away the fear and the stereotyping that goes along with Mental Health. Saying that, my next big thing would involve becoming certified in some form or fashion that allows me to continue being in the schools and talking with kids about the importance of keeping their minds healthy just as they do their bodies.

We found UUFE a few years ago when the girls were smaller and we were looking for a religious environment, but not an environment that pushed a specific faith. Luckily Andrew and I see eye to eye on religion and the uncertainty of it. (Especially coming out of our two very religious family backgrounds.)

How have you served UUFE, and why?

I have served UUFE on the COCM and the Board. Both were very eye opening to me. I always just assumed that churches kind of ran themselves, and magically each Sunday a wonderful service was presented. Being a part of these two committees made me very aware of the time and commitment that are necessary for UUFE to be as good as it can be.

2 responses to “A Postcard from Fiji”