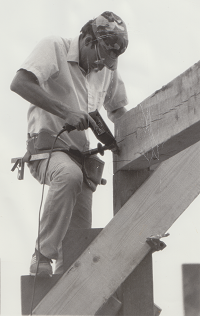 UUFE’s Don Barker tells about crossing the Great Plains with Brigham Young, growing up between rednecks and hippies, posing as a Mormon missionary, and the swimming incident that led him to UUFE and the Five Big Questions.  And about building his next sailboat… No, wait…  Have to finish the house first.

“When our daughter began asking about life & death, we looked for a spiritual home where we could build our own faith. UUFE has been our home ever since.”

Where were you raised, and how?

My ancestors walked from Illinois across the Great Plains to Utah Territory with Brigham Young in 1847.  My dad was raised on a small farm in a Mormon community at the edge of Great Salt Lake.  But he didn’t believe fully in the farm or the faith.  So he left the farm and took his wife and two kids (my older sisters) to California, and I was born in Oakland.

We finally settled in San Jose, where I did K thru 6th grade.  Our tract home was at the south end of the lovely Santa Clara Valley.  This was thirty years before it became “Silicon Valley”.  There were vineyards and prune and apricot orchards across the street from us.  It’s all asphalt and silicon now.

In the summer before I started middle school, my dad moved my mom and us five kids to an unfinished summer cabin deep in the redwood forests of the Santa Cruz Mountains south of San Jose.  Amid the chaos, my parents divorced.  My dad married a Catholic, which prompted him to re-discover his Mormon religion and culture.  I discovered it, too, and became totally committed to the Mormon faith and worldview.  But I never could explain this to my friends who were either rednecks or hippies.  Still, I accepted the call to a Mormon mission in Colombia for two years in the mid-70s.  Soon after I returned, Rita and I met at BYU and married in a Mormon temple.  Stepping out of that faith and worldview ten years later with our five kids was very difficult.

I built our house in Ridgely while Rita and I were raising 5 kids under age 8.

The most remarkable part is that we preserved our marriage, and Rita preserved not only her sanity, but her grace and generous heart.

I graduated with a degrees in Spanish and Russian language and literature at the height of the Cold War.  Russian literature totally changed my faith and worldview.  But Russian language left me with few job options.  I wanted to sell wheat to the Soviets.  But they invaded Afghanistan, dammit, and US sanctions included wheat.  So Rita and I moved with our 2.5 kids to Maryland, and I went to work translating Russian for the defense and intelligence establishment.  After the Berlin Wall fell, I switched to Spanish language work for ten years.  More recently, I re-branded myself with a graduate degree in Geographic Information Systems.  I love my current work with GIS, GPS, geography, and digital mapping for DoD. 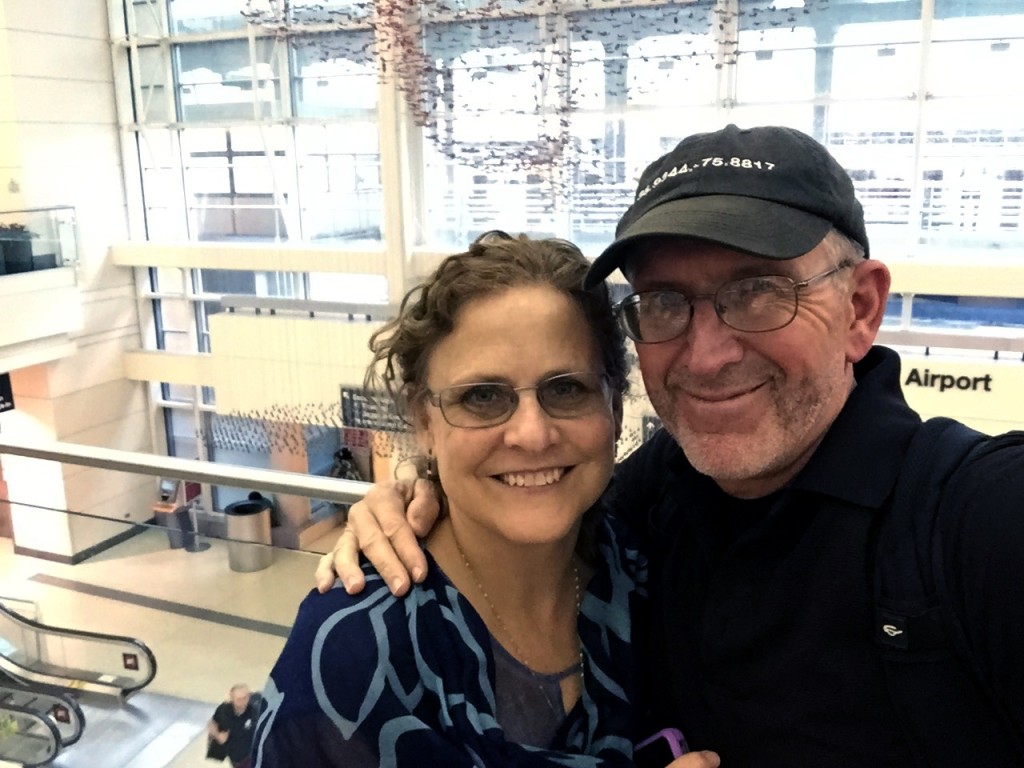 Finish the house – what else?  I can show you my task list.  I carry it with me all the time.

The Next Small Thing:  Build Flapjack, a 14-foot sailing skiff.  It will be my second sailing skiff.  The first was a Chesapeake Bay sharpie that I built with our son, Nathan, over several years in the 90s. (One of the 99 reasons I haven’t Finished the House.)

Our sharpie rotted and nearly died while Nathan was away at college.  He and his wife, Kate, restored Caroline in 2009 and now sail her in Madison, WI.

By 1990, Rita and I had led our family out of religion for good – for sure.  Until our youngest child, Audrey, and I almost drowned together in a rip tide at Rehobeth when she was 10.  While we were being rescued by beach lifeguards, we each thought the other had been lost and drowned.  It’s still hard for us to talk about that.  But from that time, we’ve shared a mostly silent search for the “meaning of life” outside of organized religion.

Later Audrey had a high school job at the vet clinic in Easton.  I picked her up after work, and we were curious about that Universe-of-Something church on US 50 in the building where her boss used to run his vet practice.  We peeked though the windows and saw posters with rainbow flags and a wheel with the icons of all the major faiths.  The first Sunday we attended (July 4 weekend), the sermon was about the faith-view of Thomas Jefferson, not Jesus.

Rita and I have been UUFE members since 2004.  I stay with UUFE to hear and watch friends grow old, to help friends die, and to die with friends.

UUFE is my sanctuary for spiritual life without prejudice, exclusion, or arcane dogma dictated by tradition and not reason.  I want to help others find this sanctuary when they finally feel the need for it.  So I work with UUFE social media and publish our weekly UU liFE email.  Through this, I hope our neighbors on the Shore can get to know us, and UUFE members can know each other better.

Serving within these written channels is a good niche for me.  Because even though I smile and nod with you at coffee hour, I can’t really understand a word you say. So just text me, okay?  Lol!

One response to “Just one more UU liFE issue, honey. Then I’ll finish the house.”