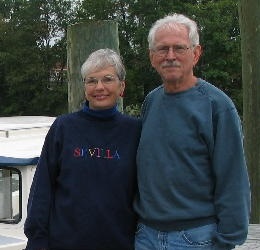 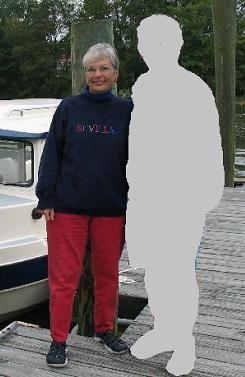 UUFE’s Jean Rhian answers the Five Big Questions and tells about working with little springs and gears for the local jeweler, and with IBM mainframes for K-Mart and Ford, and how joining UU was a move to the right.  And along the way… how Jerry lost her phone number.

Jean:  I was born in Michigan, then moved to Connecticut and then at age 5 to Maryland.  I grew up in Frederick and Harford Counties.  My Dad worked for the federal government as a scientist and my Mother was a librarian.  My parents gave us five kids opportunities to try lots of different things – music, acting, swimming, horse back riding, crafts, really almost anything we could think up.  We all had lots of chores and were expected to do well in school.  Both my folks agreed that organized religion was not for them, but we were allowed to go to friends’ churches, temples, etc. if we wanted to.  So joining a UU church was a move to the right in my family.

I began working at a regular paid job when I was 14.  That was as a jeweler’s assistant.  I learned to do engraving and take apart watches for the watch repairman.  This is when they still had little springs and gears and things.  I went to 10 undergraduate colleges at night over the years to complete my bachelor’s degree. Then I got a masters in just two years.  Along the way I had several different jobs.  My first professional job was for Kmart Corp in computer systems design.  I continued as an analyst and project manager at Ford Motor Company and retired from Ford in 2002.  In 2003 I moved back to Maryland.  Yay!!

Had two sons, made a good living, survived and learned gratitude over the years.

I haven’t figured that out, yet.  I think I have one more big project in me, but I don’t know what it will be.

I serve UUFE because I believe that being a member of UUFE helps me to be a better person and because I really want the Fellowship to thrive.

Other things that you enjoy?

I have long been interested in how things are made and at various times have been a spinner, weaver, and ceramics maker. I am now a quilter.  I enjoy reading, travel, and dearly love my friends and family.  I am blessed to be married to Jerry Fairbanks.

I heard that Jean and Jerry almost didn’t happen.  Can you tell us about that?

Jerry and I met in a sailing class in Michigan.  When the class was coming to a close he asked if I would like to go practice sailing together.  I enthusiastically agreed and gave him my phone number.  He said he’d be out of town for a week or so and would call after that.  Time went by and no phone call.  Then it was time for me to go on vacation.  Just as I was leaving the office, I was paged.  I thought for sure it was the user of a new system and I would be stuck talking to her. But, I took the call and surprise!  It was Jerry.  He had transposed a digit on my phone number and hadn’t been able to connect.  But he remembered where I worked and called there.  My best reward possible for being a dedicated worker! 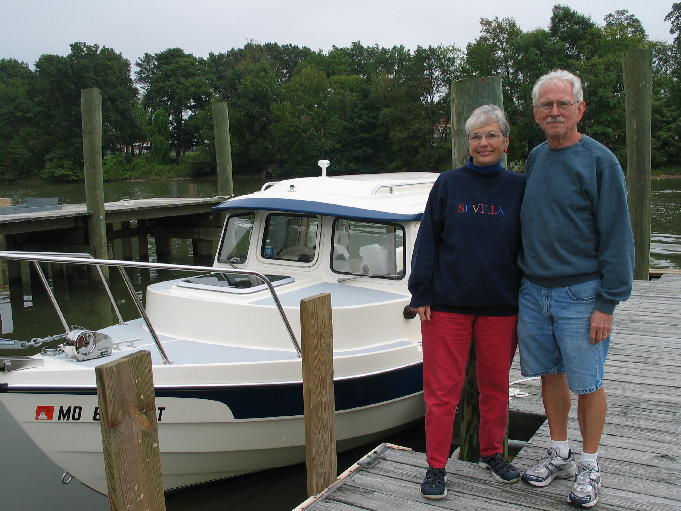