“I value the freedom to believe whatever I find to be meaningful and to not be subjected to criticism for my beliefs.  I find that the Unitarian principles are believable and something that most people can subscribe to.  Our community is welcoming and supportive and I find my soul is enriched by the variety of human experience that is shared within the Fellowship walls.” 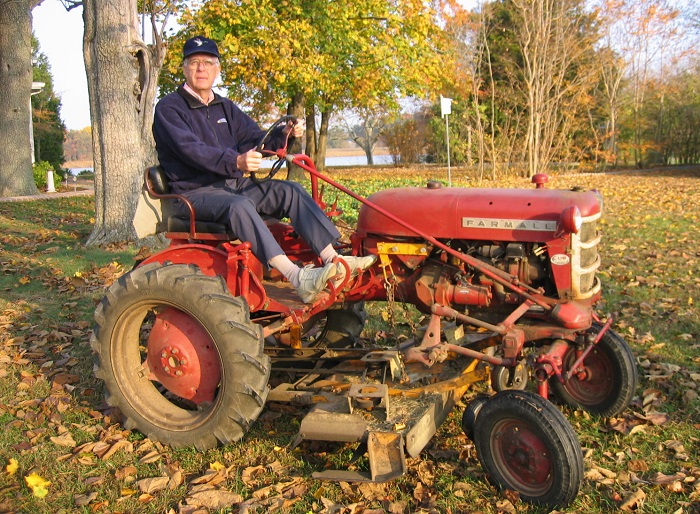 Dick:  My father was a mechanical/electrical engineer who worked for the DuPont Company most of his career. Although my family moved several times, he worked at the DuPont Experimental Station near Wilmington, DE as a facilities manager ever since I was 3 years old.    We first lived in Claymont, DE and then moved near Wilmington, DE to be closer to his work.  My mother was a homemaker who focused on raising her three children.  I was the oldest child, followed by a younger sister and brother.

My parents both loved music; my father played the violin and my mother was a piano accompanist.  I took piano lessons as a youth and enjoyed singing with the family.  As a youth I was active in the Boy Scouts and attained the rank of Eagle Scout.

Our family was very active in the Methodist Church.  I was in the first graduating class of Brandywine High School and first met my wife to be, Barbara Clinch, while a senior at Brandywine.  I attended Cornell University for 6 years and graduated with a Masters of Electrical Engineering degree with a focus on electrical power.  Barbara and I were married on June 12, 1965 and lived in Ithaca, NY for one year while I completed my master’s degree. We are fortunate to have three children, two sons and a daughter, and eight grandchildren.  Our first granddaughter is about to be married. Last year we celebrated our 50th wedding anniversary.

The exposure to many of the world’s religions … enlightened me and made me question the uniqueness of the Christian religion that I was raised in. 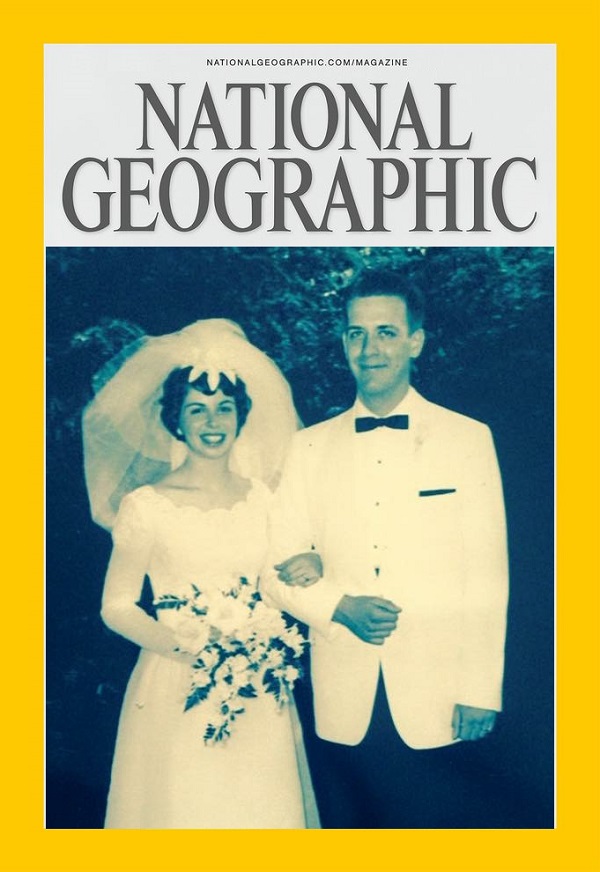 After completing college, I went to work for the DuPont Company in 1966 at the Repauno Plant in Gibbstown, NJ where I was first active in the plant Engineering Dept. and then became a plant production supervisor.  I elected to move to the DuPont Central Engineering Department at the Louviers Building in Newark, DE at the end of 1974. While living in Newark, I spent many years designing electrical power systems for chemical plant facilities being built by DuPont around the world.  Later in my career I transferred from the design group to the consulting group where I stayed for the rest of my career.  Barbara and I retired to the Eastern Shore in 2001 after I completed 35 years of service working for DuPont.

One of the most interesting experiences of my life was travelling to the Far East as part of a DuPont Engineering team to establish new chemical plant sites for DuPont.  This assignment started in the early 1980’s and continued for about 5 years.

During this period, I accumulated many frequent flyer miles and was able to provide free transportation for Barbara to visit many of the countries where I was working: Japan, Taiwan, Korea, Singapore, China, New Zealand, and Australia. The exposure to many of the world’s religions on these trips enlightened me and made me question the uniqueness of the Christian religion that I was raised in.

As a result of this experience, I became more interested in travel and pursued that passion together with Barbara, travelling about 150,000 miles in our motorhome all over the US and Canada during the last 15 years.  Recently we have been focusing more on international travel and enjoyed our recent trips to Israel, China and Egypt.

Barbara and I decided to become members of the Unitarian Church in 2001 after our oldest son introduced us to this religion.  While a Methodist I always had trouble believing in the Trinity.

What’s the most interesting city or site in all the world you’ve visited?

A few years ago, Barbara and I visited Israel and Jordan on a private tour with a group of Methodist friends.  This trip was especially interesting to me since I had a chance to see many biblical sites that I learned about during my childhood.  The Sea of Galilee and the baptism site on the River Jordan were especially memorable.

Since we read so much in the news about conflict between Arabs and Jews, I was also curious to learn more about the root cause of this conflict.  Since Jerusalem is an important religious site for Christians, Jews, and Arabs, we definitely could feel tension in the air when visiting some of the sacred sites.  Our tour guide was Jewish, and while at the Temple Mount, he had to lower his voice to avoid being heard by local Muslims at the site.  A group of Jewish women were also demonstrating at the Wailing Wall, protesting the fact that they were not allowed to access the same section of the wall as Jewish men.

During our trip, we did not see many Israeli police carrying guns since it was a peaceful time we chose to visit.  In spite of the potential for conflict, we noted that many Arabs were Jewish citizens and had learned how to get along with their Jewish neighbors.  Our bus driver was an Arab, and our tour guide confided that it was okay to talk about anything with him except religion.  When we visited the national legislature of Israel, the Knesset, our guide was a Palestinian woman who was currently serving in the Israeli Army.  When we asked about the future of Israeli/Arab relations, she replied there was hope, since Jews and Arabs have learned how to both serve in the same military in Israel.

What’s the most memorable moment of your travels?

Barbara and I departed in our motorhome from Port Hardy on the north end of Vancouver Island on a ferry to the remote town of Bella Coola in British Columbia.  We arrived safely and proceeded east on a gravel road toward Tweedsmuir Provincial Park.  Once in the park we found the main road blocked for several hours due to a road land slide in the mountains that was being repaired.  We proceeded to a nearby campground along a mountain stream to wait and backed our motorhome into a campsite right next to the stream.

Barbara walked to the back of the motorhome and opened the back door to let in some fresh air.  See looked outside and was startled to find three young grizzly bears playing in the stream about 30 feet behind the motorhome.  She let out a shriek, came back inside, and then remembered she had forgotten to shut the door.  Once the door was closed, we had a ringside seat watching the grizzly bears catch salmon in the stream from the rear window of our motorhome.

We noticed fisherman upstream who were fishing from the rear bed of their pickup trucks.  Every time the grizzly bears approached, they retreated into the enclosure on the back of their trucks for protection.  After a few hours rest, we were on our way again, having witnessed a special treat of nature! 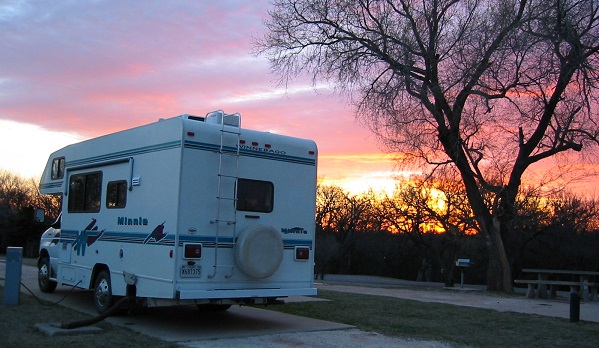 My experience is that all retired people need something useful to do with their time in order to stay healthy.  It is an ongoing challenge to keep occupied with activities that are personally fulfilling and also provide service to the community.  It is easy to get overbooked with volunteer activities when you first retire.  In time you learn to leave enough free time to “smell the roses.”   We learn to transition from one volunteer activity to another as our interest wanes and we need a change.  Doing nothing does not seem to be a healthy option for most people. I am currently transitioning into a leadership role in the Easton Choral Arts Society, where I have participated as a bass singer for many years.

In the past I served as UUFE President and managed the construction of the new fellowship building that was completed in 2007.  Currently I serve as Chair of the Music Committee.  The strength of the Fellowship is based on the many different skills, talents and resources that are brought by each member.  Serving the Fellowship has been an enriching experience, but it is time for the younger generation to step up and provide leadership for our future.

I value the freedom to believe whatever I find to be meaningful and to not be subjected to criticism for my beliefs.  I find that the Unitarian principles are believable and something that most people can subscribe to.  Our community is welcoming and supportive and I find my soul is enriched by the variety of human experience that is shared within the Fellowship walls. 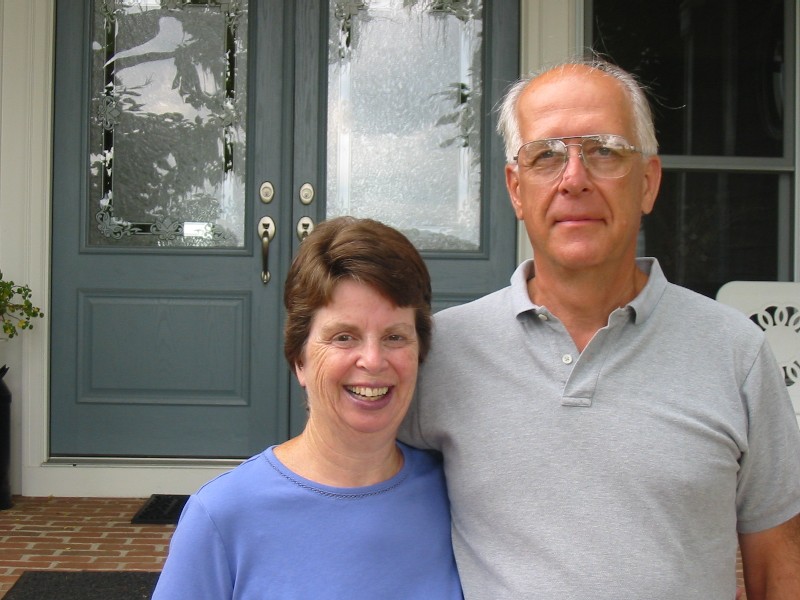